Now we can hop down a few levels from the Galactic View of this upgrade project to examine the human collective. I mentioned in the previous post that humans are going through an upgrade in our DNA. Our consciousness is becoming more expansive as well. Let’s take a look at the ways this is playing out and what is potentially in our future.

Our world is constantly changing and evolving. As a consequence, humans must change as well or get left behind, like the Neanderthals. There are forces, in the shape of evil people, natural disasters, or personal hardships that provide the catalyst for transformation. We search to find a way out of our suffering. Some people find solace, albeit temporarily, in addictions of various kinds. Others find different routes of escapism. The groping in the darkness for peace has vexed the human psyche for millennia. The ancients discovered that reflection and study could help abate at least some of mankind’s anguish. What else could be done to alleviate our discomfort?

Meditation has always been the go-to modality to achieve “enlightenment” and peace according to sages, shamans, wisdom-keepers, and life coaches alike. Many folks can’t seem to make time nor have the inclination to try any sort of meditation practice, though they may believe it would be a good idea to do so. Along comes the time and lack of other distractions with the advent of a global pandemic. I don’t mean to down-play or dismiss those who died during this year-long-plus event but most of the population lived through this past year or some, even if they caught the virus.

Those that were living during this all-inclusive event found that work and social activities were severely limited or curtailed altogether. After a few rocky starts, some people suddenly found time and inclination to begin or reestablish a spiritual practice such as meditation, prayer or even just daydreaming. Mindfulness was implemented because that was all there was to do in the quiet of a nursing home where no one visited you, the solace of a flower or vegetable garden with the soil as your only companion, or being home alone due to no family coming over to cook for.

Amazing things can occur in isolation. Coal under pressure becomes a diamond. Caterpillars in cocoons transform into butterflies. Butter, sugar, flour and eggs magically emerge as a cake from the silence of the oven. Tony Stark turned into Ironman when he surfaced from his cave confinement. Humans evolve when we allow the pressure of the outside world to force us to adapt. No one says this transformation is easy. Many times it is done in fits and starts. Most would come to the realization that the journey was worth the pain after enough time to assimilate the new awareness had passed.

As a collective, we had enough folks seeking relief by going within themselves to assist the world in its desire to shift from the status quo. The direction of the earth’s trajectory was becoming unsustainable. The divide between the haves and have-nots was too wide to bridge. A complete renewal had to be achieved. Stopping the mechanism of modern-day living was the only way. Evil somehow serves the light.

The collective has emerged from this temporary cocoon or oven, into an awake and more aware people. For the most part they are not buying what the media is selling anymore. When they tuned into their feelings and discernment these past months, they discovered that things felt “off.” Their search for what was really happening took them to places they never dreamed. The collective is being upgraded to something better able to withstand the changes that need to be made.

Image by Gerd Altmann from Pixabay

Catherine Denton is a Metaphysician living in the Foothills of the Great Smoky Mountains. She is an author and publishes E-Books on Smashwords, Apple, Barnes & Noble, Kobo, & Odilo. Check out her musings on life and various metaphysical concepts. View all posts by SquashBlossomPress 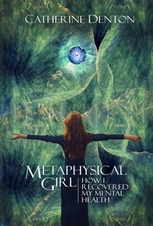